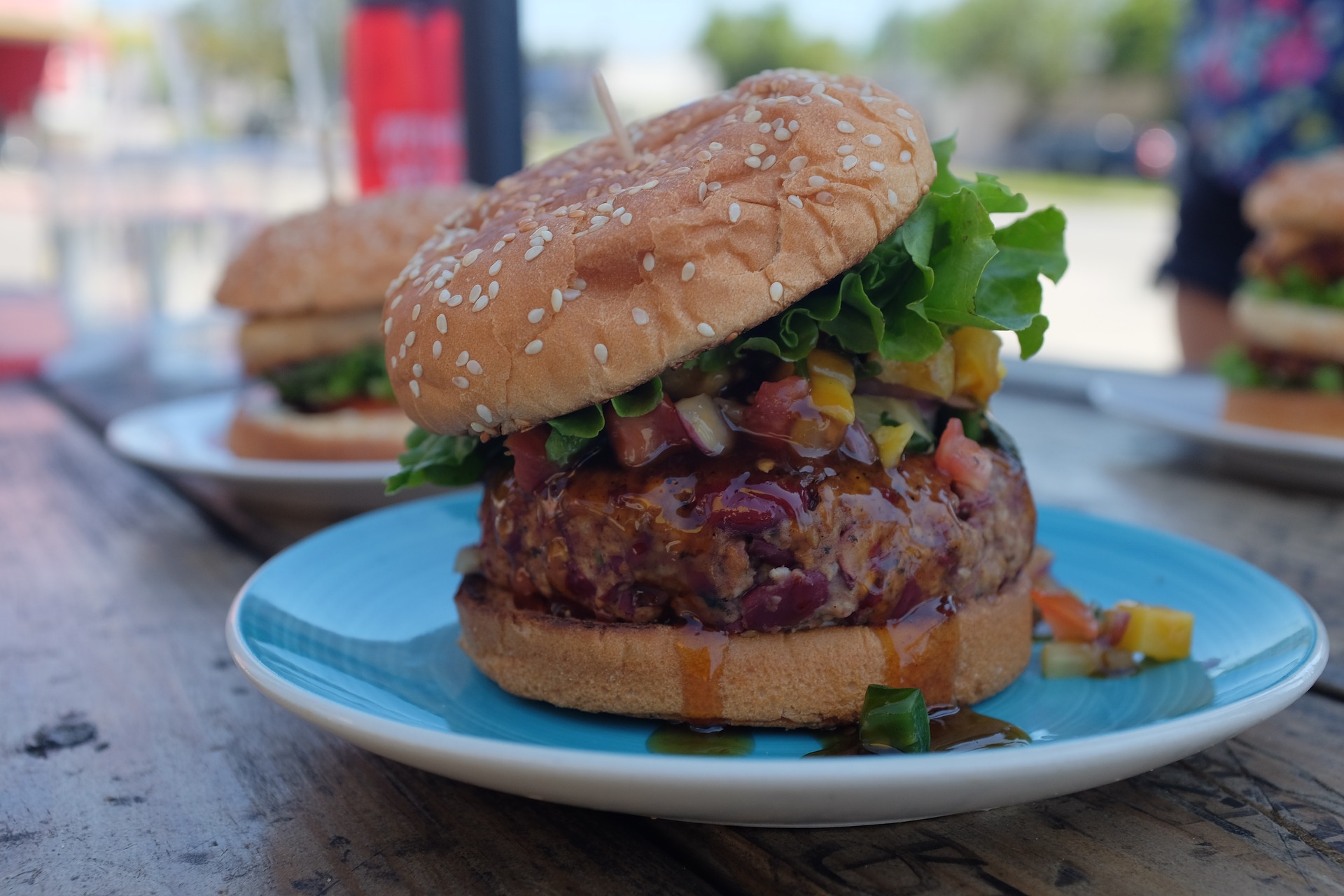 In 2013 Glasgow was named the ‘Most Vegan-Friendly City in the UK’. Jump forward to 2018 and the number of alternative restaurants in the city has exploded. It’s now easier than ever to find great vegan food in Glasgow, whether you’re a long term veggie lover, or just fancy a meat-free day. Here’s our list of where to find the best vegan food in Glasgow.

This West End restaurant in Glasgow is known for its deep sofas, cosy fireplace and hearty plates of stew. Their choice of vegan burgers, stacked high with rashers of bacon and other goodies, are always a popular choice. As well as the food, The 78 vegan cafe-bar is known for its good music, low prices and craft beers.

This large vegan cafe is the perfect place to nurse (and cure) a hangover. Its high ceilings and large open concept space makes it an enjoyable place to enjoy a vegan Scottish breakfast. The venue also acts as a comedy house and is host to art and theatre events, so you’ll never be without something to keep you entertained.

This veggie/vegan restaurant in the Southside of Glasgow was awarded Best Vegetarian Establishment at the Food Awards Scotland 2018. Their meat-free menu offers a budget 2-course lunch for only £7.50. The menu includes tasty favourites such as vegan chicken and sweetcorn soup, vegan spring rolls, black bean vegan beef and vegan chicken balls.

We challenge you not to be drawn in by this Glasgow coffee shop’s tempting display of cakes and pastries! Located in the trendy neighbourhood of Finnieston, this artisan cafe has quickly built up a reputation for being one of the hottest spots in the city for vegan cake and coffee. The grilled vegan cheese sandwiches topped with homemade walnut pesto are a must try! If you’re looking for a morning treat, the cinnamon and maple porridge or hand-cut sourdough toasts are a breakfast staple.

Every Sunday this vegan bar in the West End of Glasgow provides its stage to the public. Here, visitors can perform songs, discuss art and offer up any other creative ideas they have. The afternoon is accompanied by a daily-changing menu of vegan cuisine, often with an Asian influence.

Part of the same group that brought us The 78, The Flying Duck and Stereo; Mono is another well-sized space hosting live music, book readings, residents DJs and art exhibits. They’re known for tasty vegan comfort food; cooking up burgers, jerk jack-fruit burritos and vegan fish and chips. Wash all of this down with homemade ginger beer or one of your favourite beers from the tap.

With its informal set up and relaxed feels, Stereo is a popular evening and weekend venue in Glasgow. They specialise in live music, accompanied by a casual vegan menu full of great bar food. Don’t miss their Tapas Tuesdays, Wings Wednesdays and Thursday vegan steak night.

Looking for something healthier? Picnic is a plant-based vegan cafe in Glasgow city centre offering breakfast, lunch, and snacks. This little cafe tends to sell out quick, so make sure you go before the end of the busy lunch period. For a pick-me-up, try their coconut berry booster and blueberry kale smoothies. We also love their curry of the day and crunchy Asian inspired pad Thai bowls.

If you’re craving a big juicy burger, this is the place to be! The Flying Duck has one of the most inspiring vegan burgers lists you’ll find around Scotland. If that’s not enough, they also have a vegan hot dog list! This late-night bar requires you to be 18+ years old to enter and hosts regular gigs, life drawing sessions and local events.

Aimed at foodies looking for a genuine Scottish feel, Red Onion aren’t strictly vegan, but offer a full vegan menu and taster menu. The restaurant is a favourite with Glasgow food lovers. Former private chef, John Quigley once worked for the likes of Gun’n’Roses and Bryan Adams (to name a few). Striving to offer classic Scottish dishes with a modern interpretation, Red Onion’s feel is that of a casual fine dining experience.

Need Accommodation For Your Visit To Glasgow?

Our three bedroom and four bedroom luxury serviced apartments are located right in the heart of the city, close to all transport links and amenities.